Open source softwares has gained tremendous fanfare through the decades. It caught light speed especially when the large tech companies began to contribute code earnestly. All of a sudden the world was lavishing in an innovative infrastructure that money didn’t buy! Tech giants like Facebook (Apache Cassandra), Google (Kubernetes) etc. began to release some awesome promising softwares and shared an open invitation with the global community to contribute to their creation.

While at some point in the journey of the open-source community, certain predominant contributors took charge of managing particular projects, e.g. DataStax for Apache Cassandra, however, most of the time the contributions to the open-source projects have come from a variety of users, individuals, corporates, citizen developers, developers etc. For eg. When we speak of Kubernetes, though Google was the founding member, on average about 35,000 individuals from more than 2,000 companies have made their contributions to this community. That’s a whopping number! One of the intriguing aspects of these contributions made is that not all of them are technology vendors. Meituan-Dianping, a Chinese group buying websites & Ant Financial, a fintech company were probably some of the top 20 largest contributors. What does this mean? Simple; customers are now increasingly contributing to open source to meet their end goals.

When we think about the sustainability of open-source projects, there is a lot of hope! There are certain open source projects like MySQL that rely predominantly on a single vendor (Oracle in the case of MySQL) nevertheless open source is most innovative and sustainable when maintained by a community of users. Rather than having a single vendor taking the benefits of a small pie for itself community-driven open-source platform fosters innovation, abundance and creates a much bigger pie for all. This means better revenue potentials for the individuals as well.

What do we learn from the Linux experience?

Let’s consider Linux. It is one of the successful open-source networks with the ability to power the world’s speediest supercomputers, most of our phones and the websites we visit! Linux was always about community. The founder of Linux, Linus Torvalds was working for Transmeta, a semiconductor company from the year 1997 – to 2003. It was during this time, Linus joined the Open Source Development Lab, which later became the Linux Foundation. A lot of open-source vendors and users have benefitted from Linux’s staunch stand of remaining neutral through the years. Red Hat is one of the beneficiaries of the Linux Foundation. Linux was first recognized and grew into popularity while selling support for Linux Foundation.

Red Hat has been synonymous with Linux ever since however it has never been interested in dominating its development. In fact, Red Hat contributed only 6.6% of the code developed on Linux as per the data for the 5.5 kernel. During the last fiscal year before being acquired by IBM, Red Hat’s 6.6% contribution was valued at $ 3.4 billion in revenue. After its acquisition, the IBM/Red Hat code contribution to Linux was somewhere around 9.8% of all the Linux kernel contributions. Through this, IBM made billions more while being associated with Linux powered hardware. What we need to understand here is that if Red Hat owned all of the development magically, the value of Linux would have dropped significantly.  Linux matters more every day because it creates abundance and is a strong community resource.

It's not just Red Hat being the beneficiary of this abundance of community resources. Organizations like HPE, Oracle etc have made a lot of money from selling software’s, services or hardware around Linux. The cloud vendors like Alibaba, Google, Microsoft etc all have been actively seeking the Linux open-source community support. The billions that these organizations made might have just evaporated if only a single entity would have pledged to own Linux. A single entity may have captured all the value and that value might have been substantially way too less. The internet that we know now, may not have even existed without a community-driven Linux.

The era where a single entity owns an operating system and derives exclusive profits therefrom might as well be long over.

The ability of the open-source to bring abundance

Not everyone might agree or needs to agree. Right? A host of start-ups may be turning towards proprietary licensing to protect the open-source code from being used as.... open-source! This could be a short-sighted approach to rely upon. Because now we have innumerable opportunities in a broader market framework and with wider participation to the develop the software and also to operationalize them as per customer requirements.

For example, a Red Hat only controlled Linux operating system might not have outpaced Microsoft Windows & such other server OS. Just like a Google only Kubernetes may sound fun but may not be game-changing!

This takes us in the direction of abundance and not scarcity. As an industry, it may be upon us to not turn our eye away from the promising open-source or to get entangled in the licensing games that may leave everyone – vendors, customers, developers etc lesser privileged and non-innovative! Let the pie be shared and in return become a much fuller bigger pie.

The cloud-based open-source powered by Firecracker, Kubernetes and the likes.

A host of new cloud-based open source communities are turning out to be quite promising. They make us believe in the concept of community all over again!  The Kubernetes is aligned with this thought process. Amazon's contribution to the project, Firecracker & Lyft creating Envoy, are some of the most innovative foundational services that we may have come across around open source today.

Kubernetes has certainly supported the cloud entailed open-source movement if not began it. With the launch in the year, 2014 Kubernetes has given the industry a certain standard for distributed systems. This possibly works on a community-driven open source project where AWS, VMware, Red Hat and the likes contribute to making Kubernetes bigger and better. In the words of Steve O’ Grady, a Redmonk analyst, “In a world in which Kubernetes wasn’t open-source, it’s a niche product…”.

In the words of Serverless Inc’s Head of Developer, Jared Short; Firecracker offers the developers an innovative way to, “build container orchestration platforms or run loads of containers and need to do so with sub-second latency,” Firecracker sits amidst the likes of S Fargate & S Lamba and empowers others to build and deploy similar services. Just like Kubernetes, Firecracker is also fast pacing to grow as a community-centric endeavour. The developers with Weaveworks & similar others are able to expand their utility.

Open-source isn’t all about the tech-driven vendors

Lyft was able to develop Envoy; an open source-based service and edge proxy designed especially for cloud-native apps. It then moved its governance to the Cloud Native  Computing Foundation. Envoy has been able to make its way into a number of commercial products like AWS App Mesh, HashiCorp’s Consul and the likes with a growing community. Yahoo[MM1] [MM2]  derived the benefits out of Apache Hadoop, however, once it was open-sourced, it empowered the big data revolution that we know of today! At Facebook, Apache Cassandra found a decent place, while it was the backbone of the robust data infrastructure built at Apple, Netflix and the likes, when these organizations endeavour to contribute back to it so that it can be more agile and relevant.

From the given instances we’d know that some of the best open-source led software’s are the ones that come with community intentions. They encourage the developers to make meaningful contributions and come up with their innovative genius to make a project shine. This may not be possible while employing only one single entity.

Anyone who’s ever been a part of a strong open-source community or open-source projects may have realized the powers of innovating and working together with like-minded individuals. We are also able to build fulfilling long-standing and authentic relationships while meeting people all along the way. Being a part of the community can be also quite empowering in a true sense. We’d surely gain a lot out of being part/managing open-source communities and there is no harm in taking the first step. 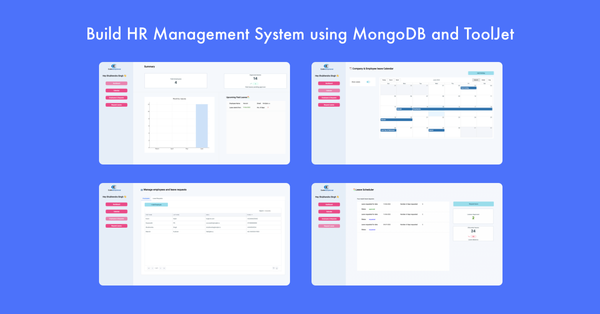 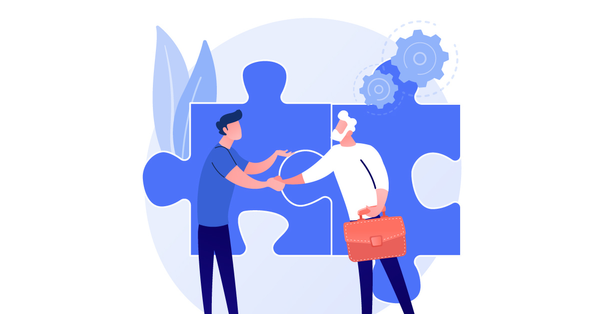 This article is a complete guide to build a a customer relationship management app. Users can list, delete, update & create record on Airtable. We'll have a detailed insight around a customer's order detail. To access the app visit this link: We are going to build this app with three